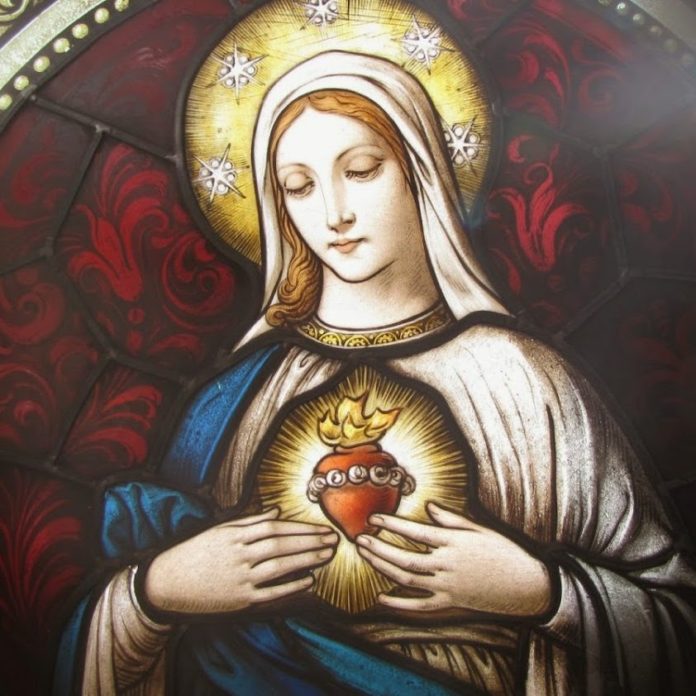 1. God Sent The Savior Through Mary

I list this one first because it’s really tough to downplay Mary’s importance while acknowledging that the long awaiting Messiah came to earth by being born of a woman…and that woman was Mary. Out of all the ways that Jesus could have come to earth, why was Mary chosen? If Mary was important to God, shouldn’t she mean something to us?

This is another good one. Oh I know, Jesus didn’t need Mary to turn the water into wine at Cana. She just happened to be there. OK, why then did St. John list Mary FIRST in his list of wedding guests?

On the third day there was a marriage at Cana in Galilee, and the mother of Jesus was there; Jesus also was invited to the marriage with His disciples. (John 2:1-2)

If Mary is not important in this saga, why is she listed BEFORE the apostles and BEFORE Jesus? St. John the Evangelist was not known for inserting extraneous details. Mary is listed first because John wants to call the readers’ attention to her presence at the wedding.

But what about “the rebuke”? You know, the argument that Jesus was telling Mary to “butt out” when He stated:

Jesus was a devout Jew and an obedient follower of the Ten Commandments. Why would He publicly dishonor His mother in violation of the Fourth Commandment? Secondly, if this was such a “put down” by Jesus, why did He go ahead and perform the miracle of changing water into wine? Wouldn’t that have been the end of the request. Of course it would, unless He wasn’t putting Mary down. When His mother interceded on behalf of the couple, Our Lord decided that His time had now come. Don’t you think Jesus is trying to tell us something? Isn’t is probable that Jesus waited until Mary’s request, in order to show us her intercessory power? Doesn’t that explain why St. John listed her first among the guests?

3. Jesus Gave Mary To John From The Cross

As He suffered and died on the Cross, Jesus made a very profound statement:

YOU MAY ALSO LIKE  This is WRONG!…But Many Catholics are Doing It! Including You

Why, while struggling to speak as He hung on the Cross, would Jesus have spoken these words if they didn’t mean anything? Could He have been making small talk? Obviously, there was a reason that Our Lord did what He did. The Church has always believed that John represented each member of the Church and that, from that moment on, Mary became our spiritual mother. Scripture tells us that, on that day John accepted Jesus’ gift and “took her to his own home” (John 19:27). Shouldn’t we do the same?

4. Jesus’ First Graces Were Given Through Mary

This is a fact that frequently gets overlooked by those who wish to downplay Mary’s importance…and it comes straight from the Bible! After accepting God’s offer to become the Mother of the Savior, Mary traveled “in haste” to visit her relative, Elizabeth.

And when Elizabeth heard the greeting of Mary, the child leaped in her womb; and Elizabeth was filled with the Holy Spirit. (Luke 1:41)

According to this Bible passage, before Jesus was even born, Mary’s voice was used to deliver the graces to Elizabeth. Why? Because she’s not important? Isn’t there some other way, these graces could have been dispensed?

Not convinced? Listen to what Elizabeth had to say (also directly from the Bible)…

“For behold, when the voice of your greeting came to my ears, the child in my womb leaped for joy.” (Luke 1:44)

It’s pretty hard to deny the importance of Mary’s presence and voice in dispensing these graces to Elizabeth. Did the graces originate from Mary? No, they obviously came from Jesus. However, He chose to have Mary make the journey and use her voice to deliver them. Why? Because He wants us to realize that she is important!

5. Jesus Christ Is The Sole Mediator Between God And Man

Now, this doesn’t make sense. How does this help to support the Catholic position? This is why we Catholics “have it all wrong”, isn’t it? Sorry if I’m bursting anyone’s bubble, but Catholics absolutely believe that Jesus Christ is the sole mediator between God and man. The Catechism of the Catholic Church (CCC) clearly states this belief:

Intercession is a prayer of petition which leads us to pray as Jesus did. He is the one intercessor with the Father on behalf of all men, especially sinners. (CCC 2634)

This Catholic teaching is supported by the following Bible passage:

For there is one God, and there is one mediator between God and men, the man Christ Jesus, who gave Himself as a ransom for all. (1 Timothy 2:5-6)

Although Jesus Christ is the sole mediator between God and man, that doesn’t preclude others (including Mary) from being involved in a subordinate mediation, or intercession. Saint Paul, who made the above statement, is obviously aware of that fact since he several times urges his readers to pray for each other (Romans 1:9, 1 Thessalonians 5:25, 1 Timothy 2:1). The Catechism refers to this type of intercession as being a “participation in the intercession of Christ” (CCC 2635) and is put into practice each time we pray for one another. Asking Mary to intercede for us in no way takes away from Jesus’ role as mediator between God and men.

While I’m not naive enough to think that listing these 5 facts will render me immune from further accusations of “Mary worship”, I do think that they will have an effect if looked at with an open mind. Sacred Scripture does not contain a lot of words about Mary, but what’s there is powerful. Theologians have spent 2,000 years studying her Biblical appearances and will continue to do so. We can learn much by studying Mary’s role as documented in the pages of the Bible. If anyone wants to accuse me of being a “Mary worshiper”, I ask you to first look at these 5 facts. If you still want to point a finger, you’ll need to ignore these factual statements…because accepting them will seriously undermine your credibility!

How Can All the Saints Listen to All People on Earth All the Time?

Mass Etiquette: Dos and Don’ts While at Mass